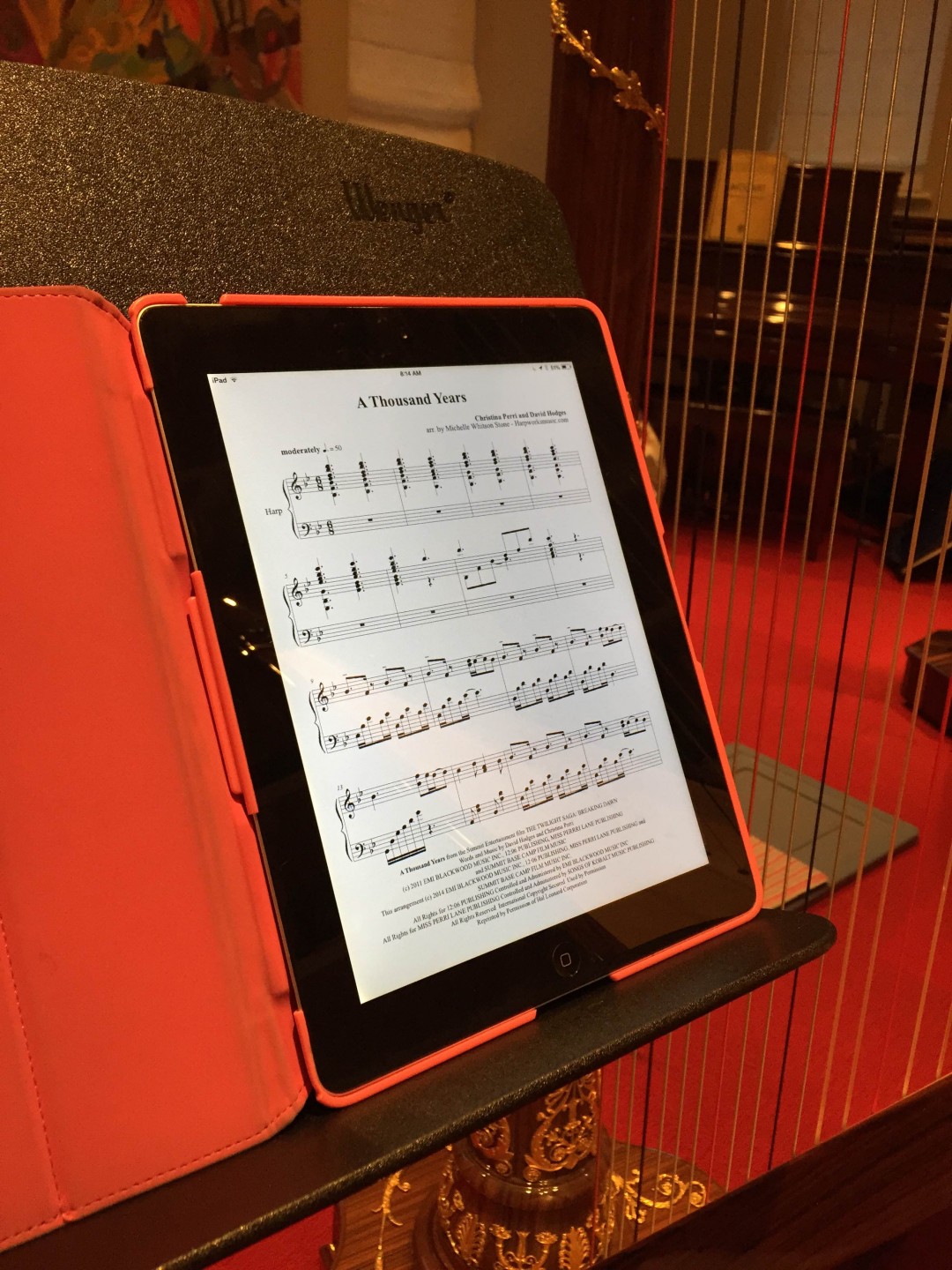 This week’s project: uploading all my freelance music to my iPad. I was inspired by the Chicago Harp Quartet’s “Going Digital” article and video, which we’re running in the January-February 2015 issue of Harp Column. In about two hours I eliminated one giant binder and a whole bunch of smaller pieces that can now remain filed away where they belong. Here’s how I did it:

Step 2: Use app to take pictures of each page of music.

Step 3: Save files as PDF and upload them to Dropbox.

Step 4: Rename and organize files in Dropbox using desktop computer (much easier than renaming on phone or iPad).

Step 5: Open files on iPad in Dropbox and import to forScore.

One unexpected downside I encountered was being confused by repeats and D.C.s in the music, since repeating involves clicking, rather than turning pages, and quickly finding where to start in the music, which may not be in the same place on the stand as I’m used to looking. I went back through all my music and used the “highlighter” pen tool to bracket repeats and jumps in the music so hopefully this will be less of a problem next time.

Looking forward to a much lighter load the next time I play! 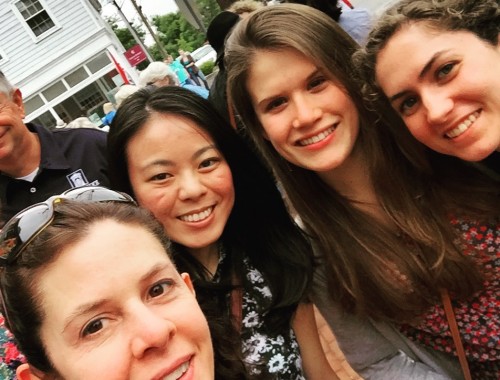 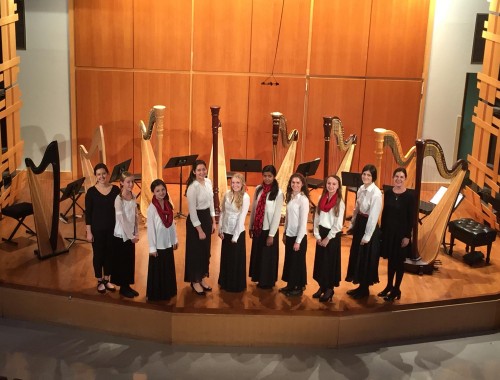 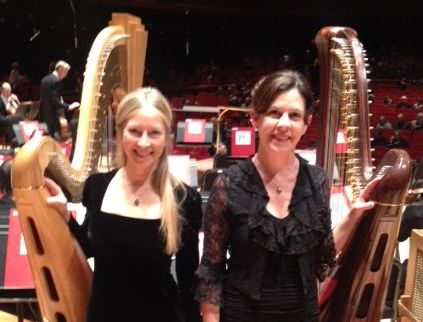